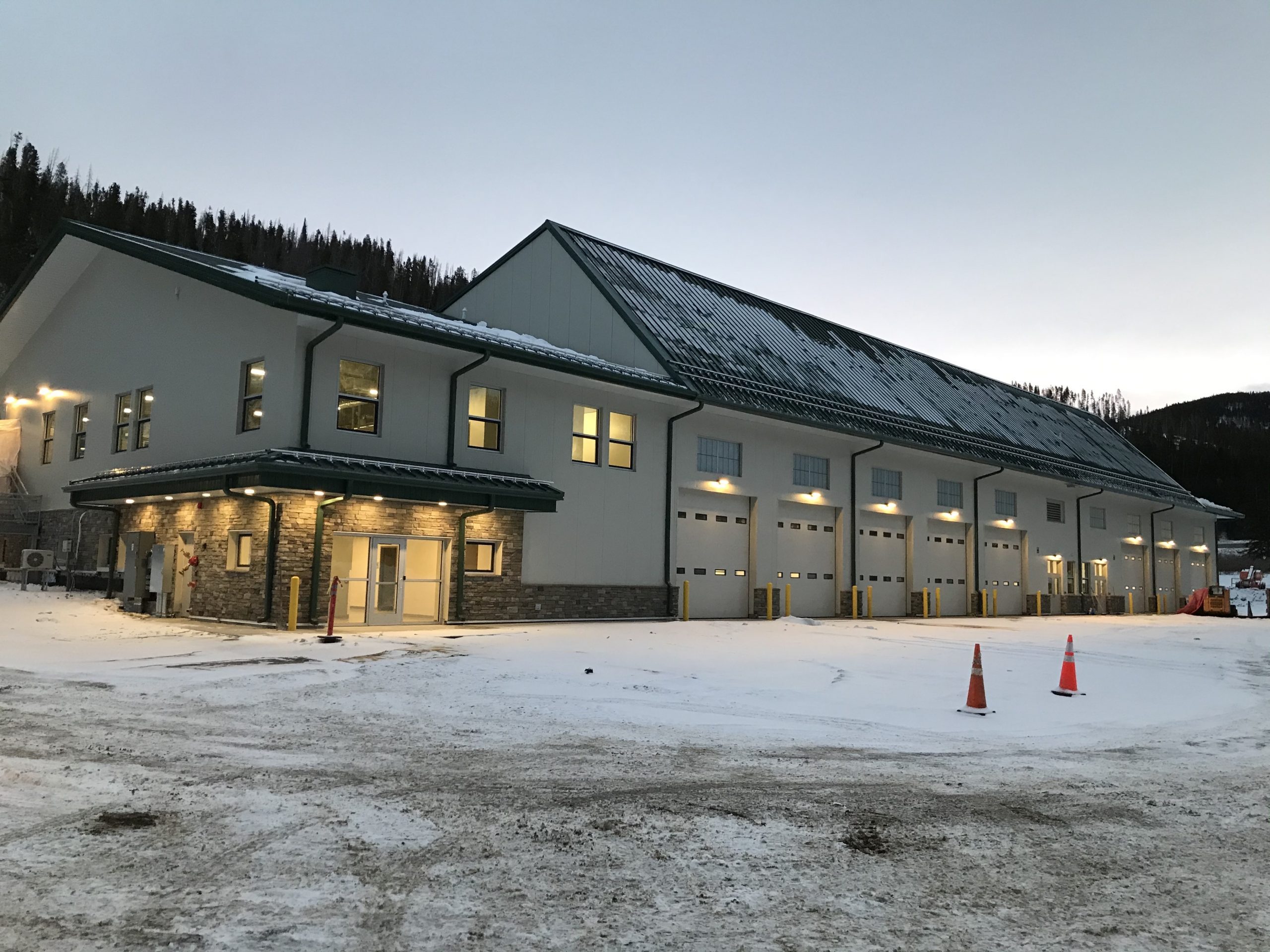 The Town of Winter Park is excited to announce the completion of a new Public Works building this month. The building will be named the Jim Myers Public Works Building and dedicated on January 26. The public is invited to come to tour the facility from 2-3 p.m. on January 26.

Jim Myers, longtime Councilmember and Mayor of Winter Park, will be the new namesake of this building. Jim Myers was the longest elected tenured official in Colorado, giving over 34 years of his life to the Town, from 1986-2020. "Jim is a true advocate of Winter Park. I believe he had a vision for the community and was able to implement much change that truly advanced Winter Park. Over the years, he saw the Town prosper," said Gerry Vernon, Director of Public Works.

The need for a new building was determined back in 2016 when the Town conducted a facilities master plan and realized that the Public Works building needed to be a number one priority. The structure was dilapidated, too small, inefficient, and didn't fit the Town's growth needs. The design process began at the tail end of 2018, continued through 2019, and then construction took place throughout 2020.

A new Public Works building will benefit the Public Works staff and the Town as a whole. The new building is roughly 25,000 square feet, tripling the size of the old facility.

"We constructed the building large enough to store our snow-fighting equipment indoors. That's important because we have winter almost nine months of the year," Gerry Vernon said. "It's also expandable, so in 30 years, if the Town needs to expand, we can. Overall, it will make the department so much more efficient because the equipment will be indoors, there are designated work areas to keep us more organized, and more than enough room for year-round and seasonal staff to work."

"The new building is something the Town and staff can take pride in. It will serve the Town and its staff for years to come," said Dani Jardee, Town Clerk.

The Public Works team is excited to finally move into the new facility. They have been working out of a temporary location for the last year during construction; the new building was built in the same place as the previous one. As weather allows, they will begin moving to the new location following the dedication ceremony on January 26.