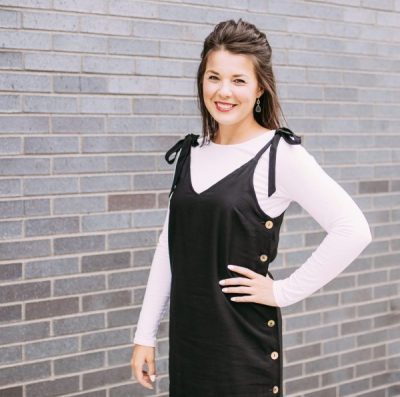 After a nation-wide search for suitable candidates, the Town of Winter Park is excited to announce that Ivy Compton has been hired as the new Transit Manager.

Ivy currently works as a Program Assistant for the Colorado Association of Transit Agencies (CASTA), which represents transit interests and provides professional development to the transit community. Through her work with CASTA, Ivy has built a robust network of contacts with transit agencies and State officials throughout Colorado. Winter Park’s transit system, the Lift, is a member of this organization, and won CASTA’s “Resort Agency of the Year” award in both 2017 and 2019.

Michael Koch, the current Transit Manager, notified the Town earlier this year that he will be leaving in October 2020 after five years in the position. Ivy’s first day will be August 11 and she’ll work closely with Michael before he departs.

“I am so excited to be joining the Town of Winter Park as the new Transit Manager and look forward to building on the successes of Michael Koch and the Lift!”, commented Ivy.

One of the largest projects that Ivy will oversee over the next few years is the construction of the Lift Operations Center, which will serve as a maintenance facility and “home base” for transit operations. Ivy’s strong contract and administrative skills will be critical as this project moves forward. As Transit Manager she’ll also be responsible for:

“Collaboration has always been a key value for the Lift system, especially has it has grown and reached new parts of the Fraser Valley,” said Town Manager Keith Riesberg. “Continued growth means that we’ll be looking for even more ways to work with our partners and enhance transportation services in the community. Ivy’s background working with many different organizations will be a valuable asset in furthering those relationships.”